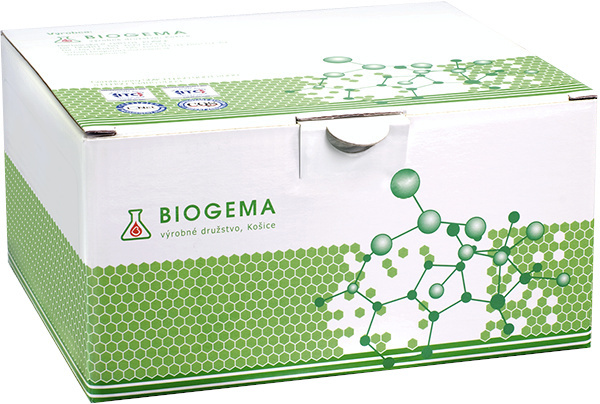 The ELISA-anti-SOYA IgA, IgG kits are aimed at the semi-quantitative determination of IgA and IgG class antibodies against soya bean proteins in human serum. We eat more and more food produced from plants. Soya bean products are increasingly being used as a replacement for meat. A new kind of plant proteins, the storage proteins of soya beans and functional soya bean proteins – enzymes and inhibitors of trypsin and chymotrypsin are entering the body. Glycoproteins, also called lectins are a group of proteins present in soya beans in vast numbers – these are a special group. Patients suffering from allergy create individual specific antibodies against soya proteins. Research has shown that not less than 16 protein fractions of the complicated soya bean protein complex binds IgE-specific antibodies of the serum of patients allergic to soya. Milk is being substituted with soya products in case of children intolerant to cow milk – this can lead to allergic reactions with sensitive people, such as rash, asthma, gastrointestinal problems, or, eventually an anaphylactic reaction. If sensitive individuals have to face soya dust and flour, they may develop allergic asthma, flu and other symptoms of respiratory allergy even without producing soya allergy symptoms.

Quick tests for profesional use