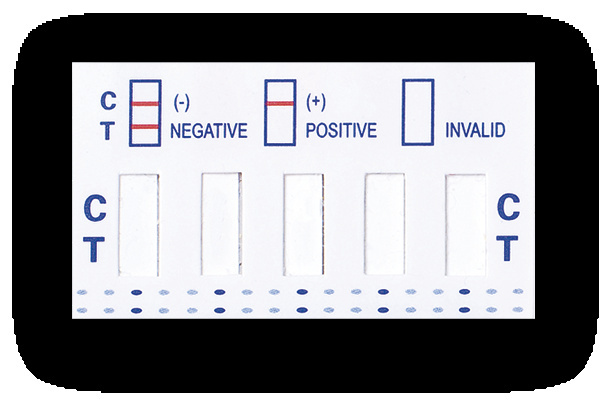 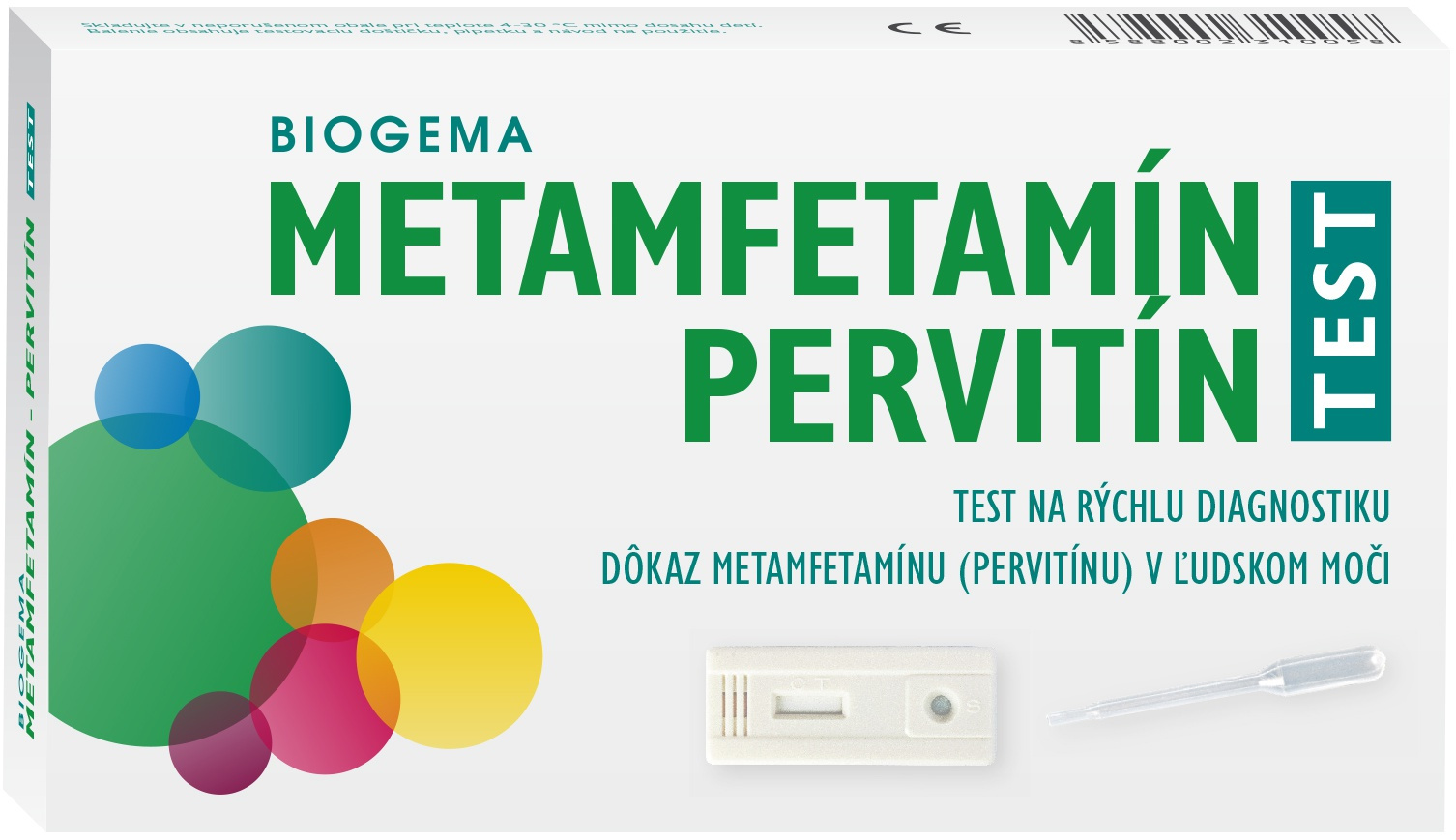 A one-step test to detect ecstasy, benzodiazepine, morphine, methamphetamine, marijuana and its metabolites in human urine
MDMA(3,4-methylenedioxymetamphetamine) is an N-methyl analogue of MDA (methylenedioxyamphetamine) with an effect similar to that of mescaline (a hallucinogen) and amphetamines (stimulants). Amphetamines are psychostimulant drugs. They stimulate one's physical and psychic qualities after consumption, they lead to a sensation of extrapotentiality and to a boost in one's psychical and physical capabilities. Among the acute physical effects of the drug are restlessness, increase a heartbeat frequency, dry mouth, pounding heart. Repeated exposition to amphetamines leads to total dryness, insufficient willful thinking and action, loss of concentration, inadequate behavior. Ecstasy is sold in tablets, jelly capsules, sometimes in ampules or folded paper. The effective analogue content is 50 to 180 mg. It is taken orally (as a tablet), sometimes it is snuffed. The effect appears within 30 to 60 minutes. It peaks after 1.5 hours, then it gradually decreases during 6 to 10 hours.
Methamphetamine is a strong sympathomimetic drug used in human therapy. Acute use in higher doses leads to the stimulation of the central nervous system, euphoria, increased levels of awareness, energy and strength. Overdosing leads to anxiety, paranoia, psychotic behavior and heart arrhythmia. The psychotic behavior caused by overdosing is difficult to differentiate from schizophrenia. 40% of the methamphetamine entering the body leaves it in urine, unchanged; the rest in the form of amphetamine and its derivatives.
Benzodiazepines are used in medical therapy as anxiolytic, anticonvulsive, myorelaxants, sedative and hypnotic drugs. Their derivatives cause sleepiness, suppress limbic, thalamic, hypothalamic circuits, emotive, sensory and vegetative stimuli. Usually, these are taken orally – they metabolize in the liver – or are injected into the blood. Chronic addiction is followed by brain and other organ damage, then a damage in the tissues, muscles and fat.
Opiates, such as heroin, morphine and codeine are made of opium resin produced from unripe poppy plants. Heroin and codeine get metabolized quickly to morphine and are excreted from the body in urine as morphine or morphine glucoronide.
Cannabinoids, mainly THC – tetra-hydrocannabinol – are effective substances, which are found mainly in the tips and the flowers of the female cannabis plants – marijuana – and in sticky resin of these – hashish. THC is a hallucinogen, it causes relaxation, good mood, euphoria. The metabolites of cannabis are used in the treatment of acute glaucoma and sickness during chemotherapy. Higher levels cause a damage of the central nervous system, loss of coordination, sudden loss of memory, anxiety, paranoia, depressions, hallucinations, an increase in heart frequency. Marijuana is metabolized in the liver and excluded from the body in urine as 11-nor-9-tetrahydrocannabinol-9-carboxylic acid and its glucoronide.

Summary and explanation
Sensitivity
The test reacts to the presence of the following: